A couple of weeks ago, just after I arrived at work, people were drawn outside by a car fire in the parking lot. I followed the crowd, and stood amongst all the people who were wondering who’s car it was.

If you watched the video, you’ll already have solved the mystery. It was mine. As I was standing there, a couple of thoughts popped into my head:

I’m not sure where or when I learned this, but it’s a good tip, right up there with not pulling the gas nozzle out of your car if a fire starts when you are filling up. The reasons are different, but the results are the same in that the fire will spread very quickly.

That’s not going to buff out

Those words are a simplification of what I was thinking. The amazon page below is a more accurate depiction of my thoughts at the time.

The rest was just emptiness. It was almost relaxing. The next hour or so was consumed mostly by me standing, transfixed while my co workers “documented” the incident and started working up the comedic avalanche that was to follow. Look at what I have to deal with: 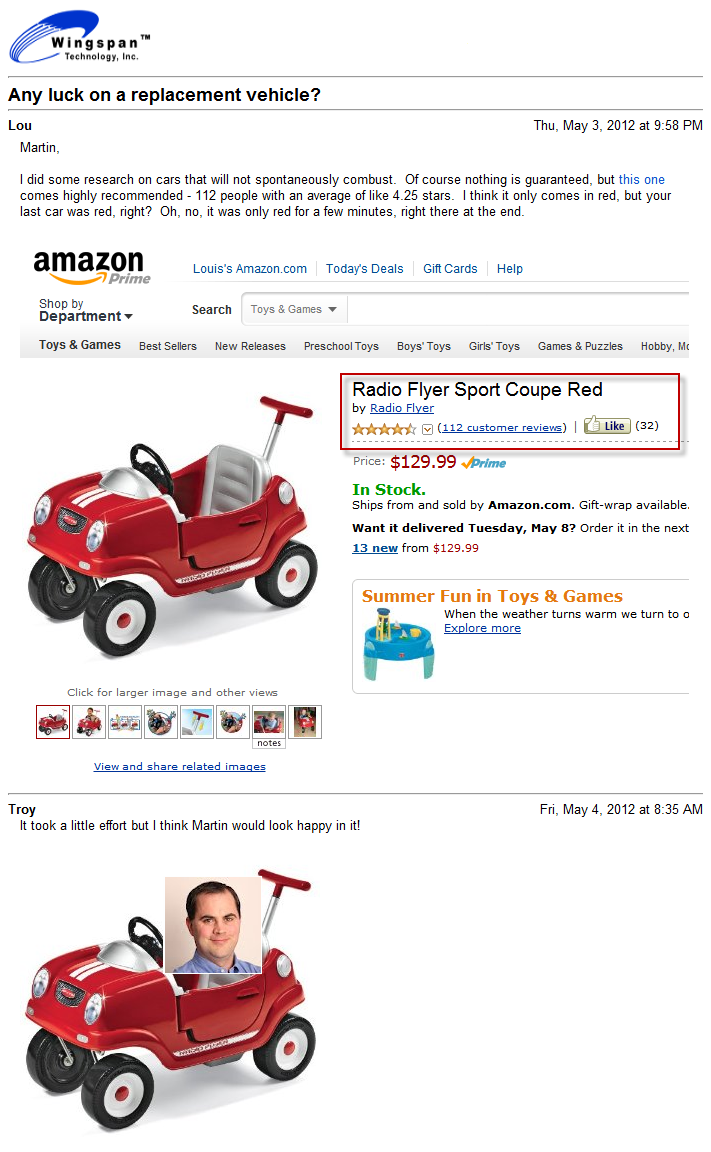 It’s a worthwhile experience, if you haven’t done it before. By this I mean “being in shock” more than “having your car self-immolate.” It’s one of those things you can’t possibly understand without experiencing it first hand, and it’s also unfortunately hard to simulate. My lesson from the experience is this:

If you want anything of value to pop into your head during a moment of shock, it had better already have been there.